Just as we reached the roller shutters of the printers and were about to knock, they clattered open. A large tattooed man with a moustache was stood behind it. Suddenly this didn’t seem like such a good idea.

“Alright lads. What are you after?”

“Sounds quite friendly for a mass murderer,” whispered Elvis.

“Perhaps after you’ve killed a few young lads it becomes second nature to you,” replied Bumper.

Everybody stared at the moustached man without speaking.

“Cat got your tongue?” He asked.

“We would like to have a look around if you don’t mind?” Elvis spoke calmly and clearly.

“Look around? At what?” The man looked puzzled. I hoped we hadn’t upset him.

“At how you make err…p p p programmes?” Elvis’ stutter had returned.

“Why not? I’m going for lunch now but one of the other lads will show you round.”

“Stan,” he shouted. “There’s some young lads here want to have a look around. Can you show them what they want to see? It’s for a school project or something. I’m going to get the sarnies.”

“Stan will show you around. See you soon lads.”

We all just grinned back stupidly.

“I’ve got you sussed and I want a part of it,” Nick leaned back in his chair. “I’m not a greedy man, fifty, fifty will do. But if I ever think you’re trying to stitch me then a little birdie is going to have a word in Kev’s ear.”

This was going to delay Tomma’s plans. He had just over twenty thousand pounds in there, not quite enough to get him away for good. Not now that he had to hand over half of that to Nick. It wasn’t fair he thought. After all he had done for these lads he deserved a bit extra. He just wasn’t sure that Kev would see it that way. He slumped back in the chair. He wasn’t going to try and lie his way out of it. Any of the other lads would have gone straight to Kev but Nick was different. He was only in it for himself.

“Ok, it will take a few days though.”

“That’s ok, I can wait.” Nick drained his can and threw it in the bin.

Tomma watched Nick from the door and thought about disappearing straight away. He could easily do it he had the money after all. But he wanted to do it right. He knew how much he needed for his house and he wasn’t going to leave before he got it. He would just have to work that little bit harder. Corners were going to have to be cut.

Stan took us through the whole process and appeared to be quite friendly. The whole printing thing, I have to admit should have been quite interesting but I didn’t take any of it in. The machines clanked loudly as we walked past them. Stan’s lips were moving but I couldn’t make out what he was saying and my hands had started to get clammy with sweat. The anticipation was too much. When would he get to the end of the tour so we could see the finished product?

“I suppose you’ll want to see a completed programme then?” He said as we had finished looking at the guillotine. We nodded enthusiastically. Stan ambled over to a box in the corner and fished a programme from the hundreds that were lying there.

I wiped my hands on my pants before I took it from him. The other three crowded round me as I anxiously turned to the back page. And there they were, Saturday’s teams in black and white, in my hands. I started to shake with excitement.

“Come on, that’ll have to go back in the box with the others,” said Stan as he snatched it cruelly from my hand. “They’re all counted. I’d love to give you one lads but I’ll be for the high jump.”

I tried to hide my disappointment but Elvis noticed.

“We’ve seen the teams. That’s what we came for,” he said.

“Did you have any questions?” Stan asked after he showed us round.

“Do you know what I don’t understand?” said Bumper.

“Chinese writing,” he laughed. I slapped him on the back of the head.

“Very funny, son. Has anybody got any serious questions?” We exchanged glances seeing if anybody would ask the question that had been bothering us all day.

“Idiot,” Elvis kicked him, which was quite an achievement as he was wearing a cast on his left leg.

“Off cuts,” Stan answered dismissively as he examined a random piece of printing. We looked at each other and shrugged our shoulders.

Stan seemed to find Bumper’s question amusing. My heart was racing in time with the printing machine now. I began to realise how warm it was in there as the sweat started to gush out of every pore.

“Not quite,” he said with a smirk. “Any programmes that aren’t printed straight or when the colours aren’t right. They all go in there.”

“You must make plenty of mistakes, the bloody thing’s huge,” Bumper muttered.

Luckily Stan chose to ignore, or did not hear his glib comment. Elvis kicked him again.

“What about dogs?” Gilbert spoke for the first time. I glared at him.

“No, we don’t print dogs son,” he laughed. “Or chop them up. The only dog here is the guard dog.”

We breathed a collective sigh of relief. I had been holding my breath for what seemed like hours. There were no dead kids in the skip. No giant Alsatians, just a few old bits of paper and old programmes. We waved at Stan as we left. The moustache man had just returned with a box full of sandwiches.

“See what you wanted, lads?”

“Yes thanks,” we replied cheerfully.

The shutter clattered down behind us as we left and we all burst into laughter. It couldn’t have gone any better.

“I can’t wait to tell everyone about the skip,” laughed Elvis.

“Me too. I can’t believe I was so scared, ” said Gilbert.

“Anyone remember the team?” I asked.

“Are you kidding?” We started to reel them off in unison. “Turner, Hinnigan, Munro, Buckley….”

“There is one little problem though,” interrupted Bumper. “We don’t have proof. We’ve seen the teams and we can recite them without thinking but who is going believe us? Everyone’s going to think we have guessed,“ he was right, “we need a programme.”

“Where will we get one?” Asked Gilbert.

Bumper raised his eyebrows. We all knew the answer but didn’t want to say.

“We could always go back and ask for one,” I suggested.

“They’ll never let us have one. We’re lucky they even let us see one. Stan told us they were all counted.”

Bumper was right. I was just delaying the inevitable. There was only one place we were going to get a programme from. 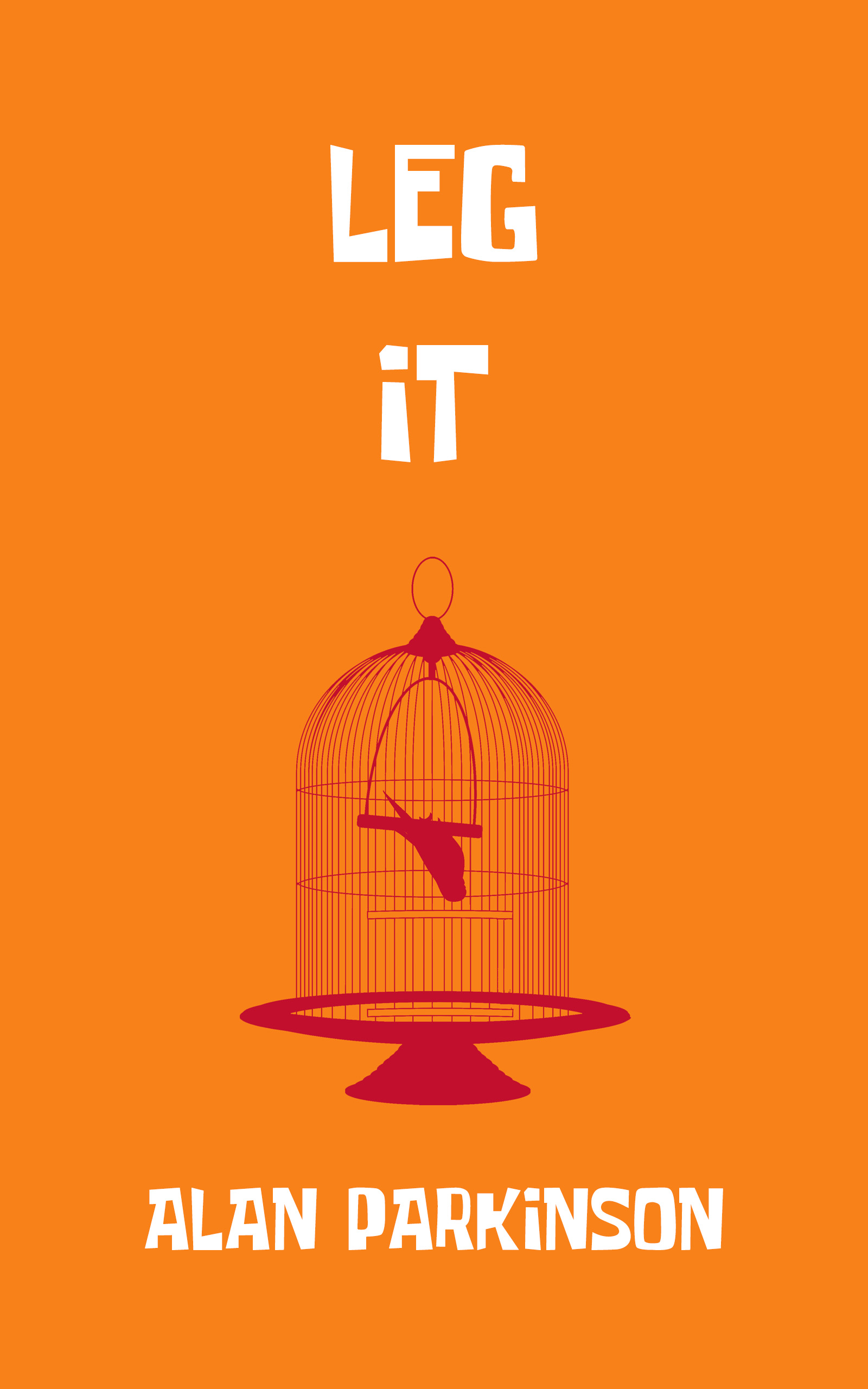 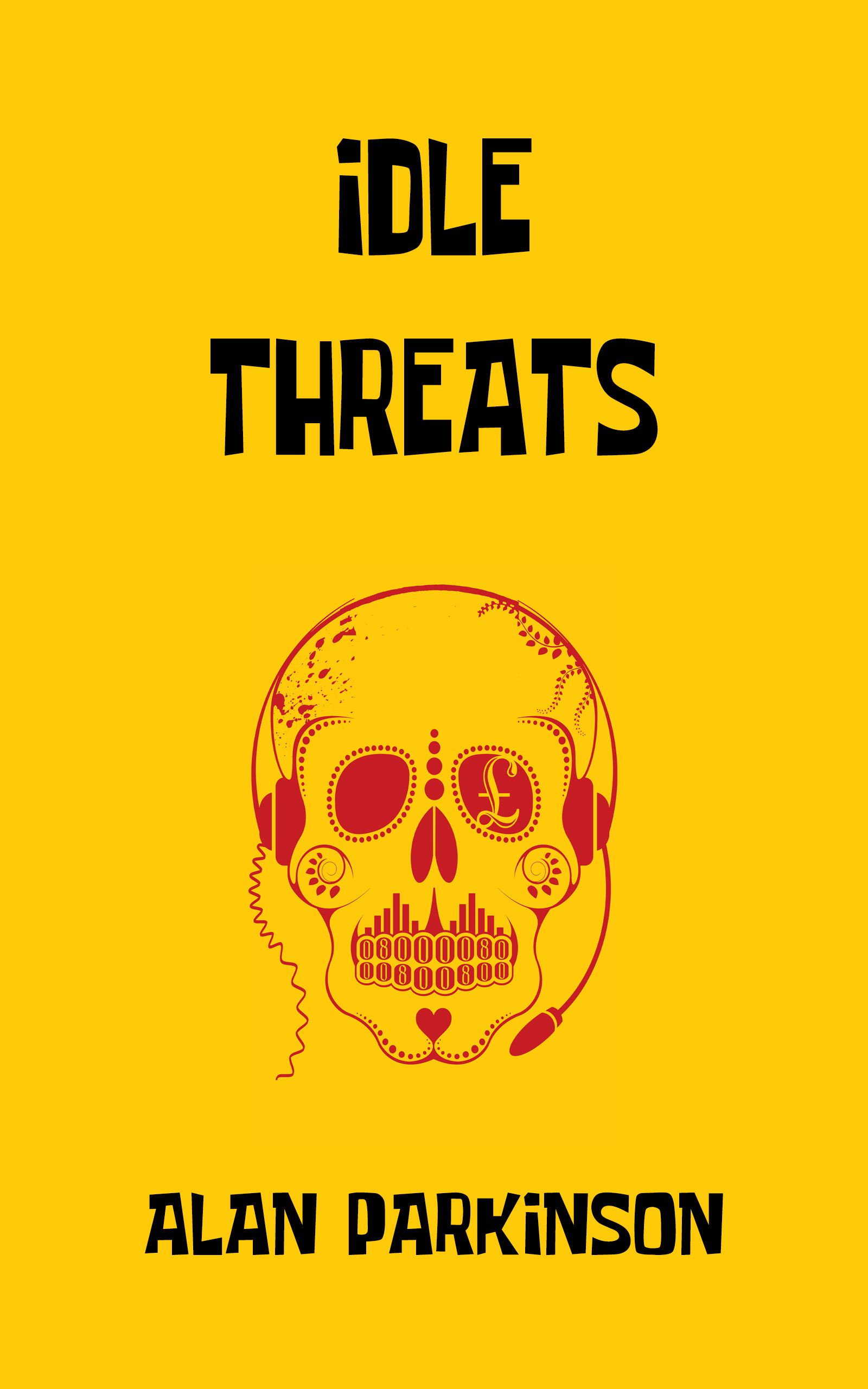 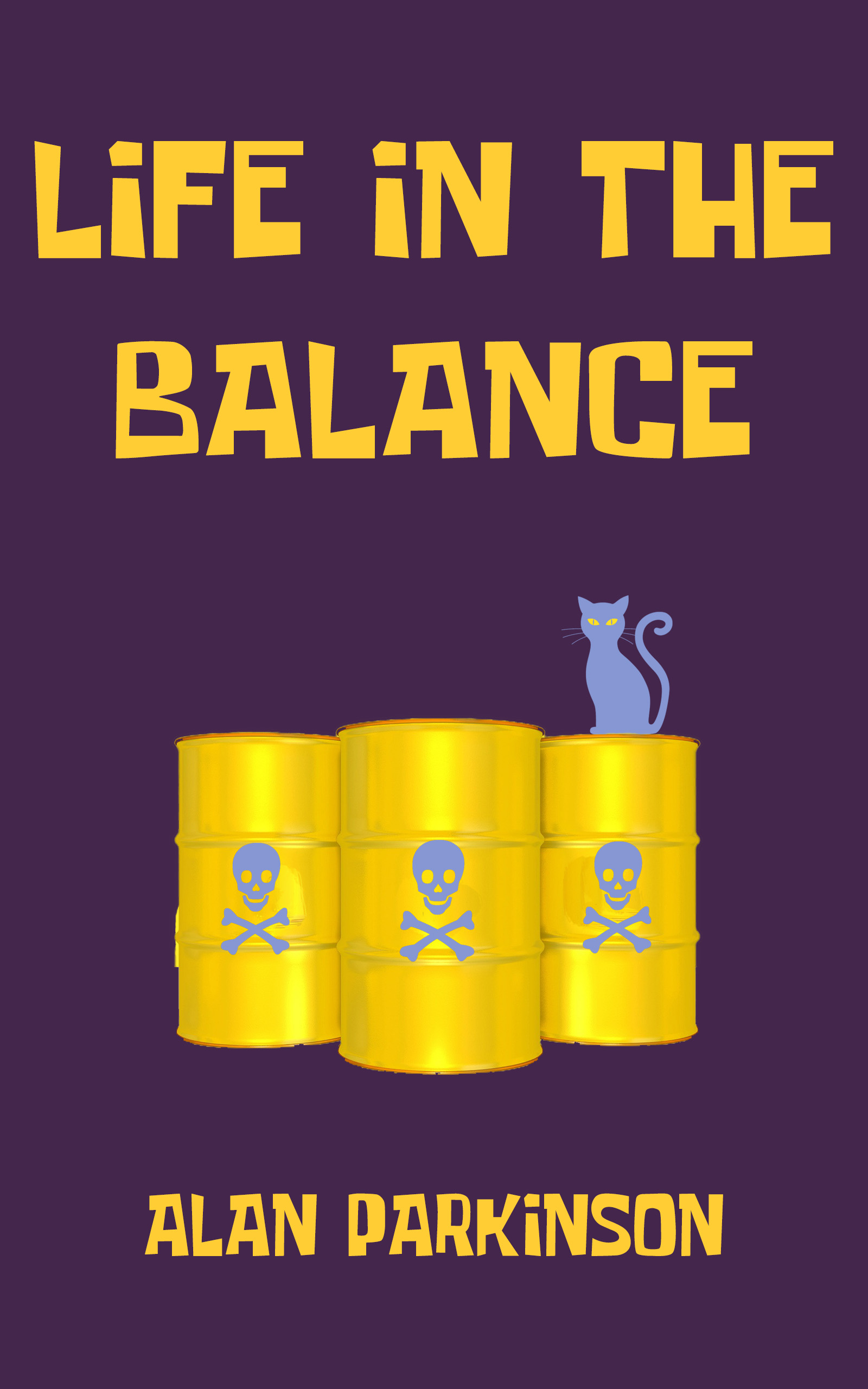 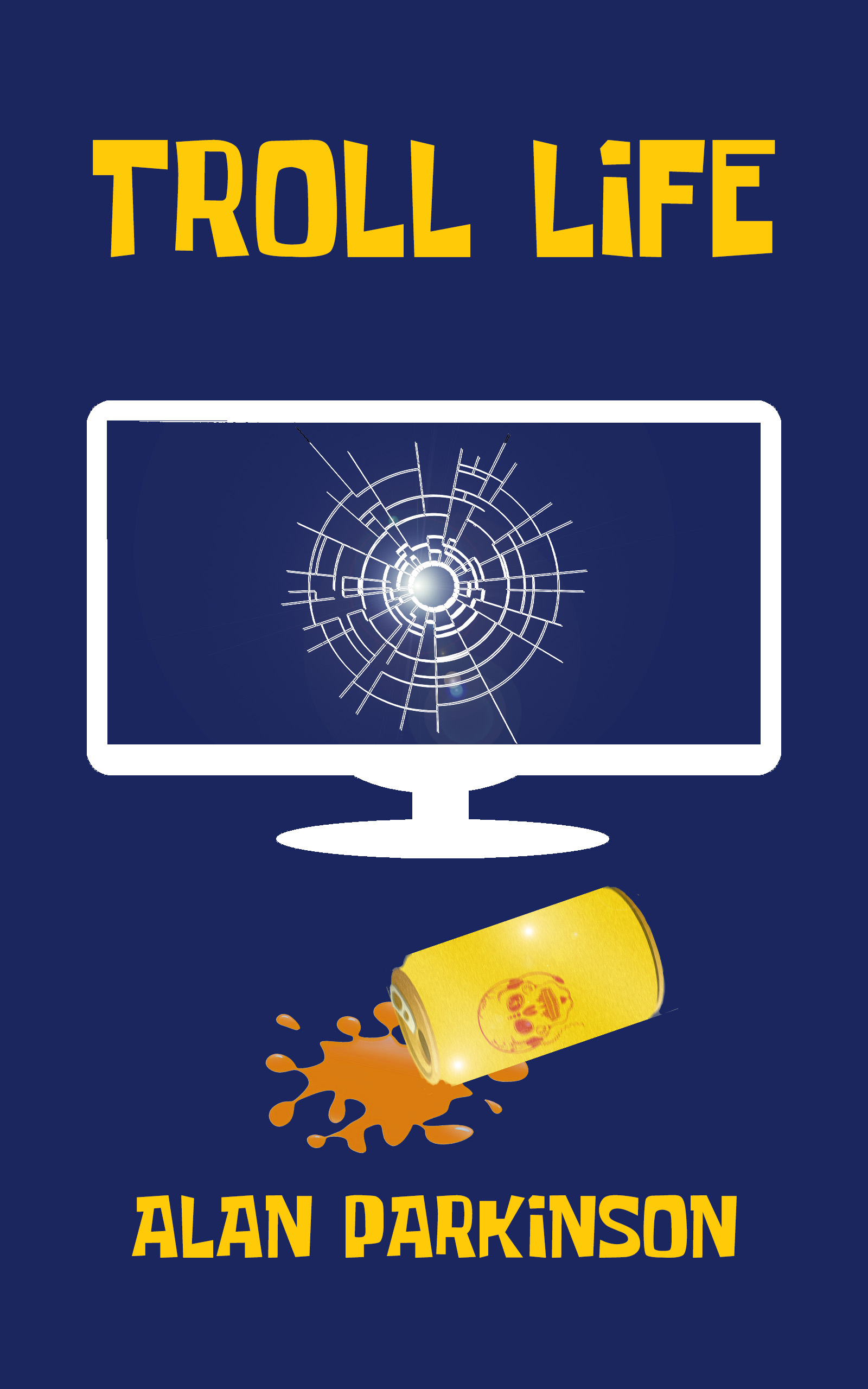