I’m not going to lie, I’m pretty gutted that Sunderland weren’t successful in their bid to win the UK City of Culture 2021.

I’d like to think that I’m gracious in defeat and I wish Coventry well however the local news showed my immediate reaction to the result and grabbing my beer and mumbling swear words under my breath maybe isn’t quite as gracious as I thought.

Two years ago I decided to leave my career in the software industry to become a full time writer. There were many factors to the decision but the main catalyst was Sunderland’s decision to bid for the UK City of Culture 2021.

I wasn’t naive enough to expect to make a living from book sales alone and knew that I would need to supplement my income doing workshops, talks etc. With the city pushing the cultural agenda, I decided that the time was right to make the leap. I wrote about it on the Sunderland 2021 website.

The past two years have been eventful and I’ve been involved in things I wouldn’t have dreamed of a few years ago. I’ve spoken at Literature Festivals, had blogs go viral and had a ghost story published in an anthology (the only ghost story I have ever written). I’ve worked in schools, got children to write about evil seagulls then got them to record the stories in a recording studio. I’ve become a media whore, regularly appearing on the radio and newspapers and even sneaking onto the TV screens in the last week.

I explored what culture meant to the people of Southwick where I grew up and on the launch of our digital map I spoke to over one hundred people whilst being streamed live to over 9,000. (And got my first real taste of Echo Facebook page comments.)

Underpinning all of this was my belief that Sunderland was going to push on and win the City of Culture title.

We were shortlisted and once we were in the final five, the city began to believe what I’d believed all along, that we really could win.

I volunteered to be a Community Champion for the bid and had yet more newspaper appearances. I went to photo shoots and appeared (fleetingly) in some fantastic promotional videos.

I spent hours on social media arguing the case, politely but firmly correcting misunderstandings. I’m amazed the DCMS didn’t block me on Twitter for spamming them and they eventually retweeted me on Tuesday, possibly in the hope I would leave them alone.

I was even a last minute stand in to meet the judges when they visited Sunderland.

It’s fair to say that I’ve thrown myself fully behind the bid but I’m a very small cog in the wheel. For the bid team, this has been their life for over two years.

I have nothing but praise for everyone involved in the bid. It’s rare to see a team remain so positive, sometimes under a great deal of provocation and they’ve managed to galvanise the city.

The announcement was on Thursday night and I was going to miss it due to some casual work I’d taken on. I made the decision on Wednesday that I couldn’t miss the potentially city changing decision so for the sake of losing out on a few hundred quid, I told them I wouldn’t be returning.

I’d averaged three hours sleep a day all week so I was shattered when I arrived at Pop Recs but a strong coffee and the buzzing atmosphere perked me up. The place was packed out with media and I think they were in danger of  interviewing each other at one point.

We were meant to be watching a live stream on the big screen but it froze and the feed was delayed. A couple of us got it on our phones and I attached mine to the speakers so people could at least hear it. With a gaggle of TV presenters watching my phone, a friend sent a message. Thank God it was a clean one but my attempts to remove it led to me losing my own stream and we were left with one working phone being played over a small microphone.

Probably a fitting way to hear the disappointing result.

As the video showed, my immediate reaction wasn’t great but the room quickly filled with applause. Partly to congratulate Coventry but also to praise the team for their fantastic bid.

It was only a matter of minutes before the determination to carry on shone through. We may not have won the title but we are still a city of culture and we are going to prove it to everybody.

Once the dust had settled and the team had got their media commitments out of the way on Friday, we regrouped in The Peacock for a party.  It could have been a damp squib but once again, determination shone through and the only question was “What’s next?”

We’re not finished, this isn’t over. The cultural transformation has only started and I’m looking forward to being part of it in the future.

In the next few months we have the new bridge opening, the Creative Writing Festival, the Tall Ships Race, the Hylton Castle Project and much, much more.

And then there’s a little side project to make something positive out of the Echo Facebook page comments.

It’s a different route we’re going to take but it’s still going to be exciting.

I believed I was making the right decision two years ago and despite the result, I believe it even more now. 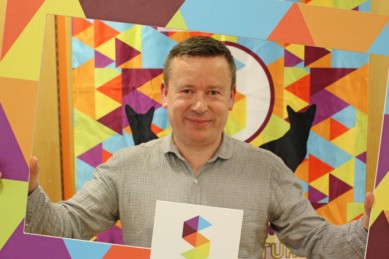