I’m off to the dentist this morning and there’s an impending feeling of doom. Not that I’m scared of drills or needles or any of that stuff, it’s the lecture about not flossing I’m not looking forward to.

I’m not afraid, it’s an inconvenience and a potential humiliation and I could do without it.

I feel the same about the Play-Offs.

None of us wanted to be here, yet here we are. We’ve underperformed and we’ve seen more draws than the Lone Ranger’s holster, but we are Sunderland, nothing’s ever easy.

I don’t really buy into the ‘lowest league position ever’ mentality as the very best we could have done this season was the joint lowest. Similarly the ‘highest wage bill in the league’ points to previous mismanagement that got us into this mess in the first place.

Twist on or don’t twist on, I’m still going to the dentist, so I might as well get on with it.

Mention Sunderland and the Play-Offs and everyone will think about the Charlton match. Undoubtedly the greatest Play-Off final in history and ‘a great game for the neutral’.

The joy of seeing us score at Wembley for the first time on my fifth visit was soon outweighed by desperation after Micky Gray’s scuffed penalty. The crushing emptiness after that final was hard to come back from, but we did. We stormed the league the following season.

The Sheffield United semi-final that got us there, on the other hand, was one of the biggest and best nights ever at the Stadium of Light. And that’s the memory I want to take into tomorrow’s match with Portsmouth.

Fans of a certain vintage will remember an even greater Play-Off semi final (even if our local paper forgot it this week), when Sunderland beat Newcastle at St James’ Park. Ask anyone who was there that night, watching desperate Mags trying to get the game abandoned, what they think of Play-Off semi-finals. 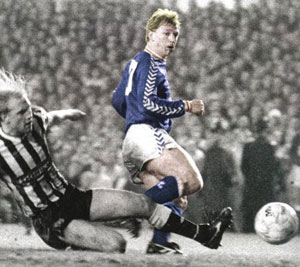 It isn’t all doom and gloom, this could be something special.

I don’t even want to go to Wembley again, I hate the place. Seven visits, seven defeats. I’m beginning to think it’s me.

I had a great weekend in London, a reminder of everything that is great about supporting Sunderland, but injury time equalisers and penalties were nearly the end of me. Not sure I can go through that again.

Twitter has been a bit of an unpleasant place this week with fans turning on each other about ticket sales. Everyone has their own story and their own stance, with no obvious right or wrong.

All we can ask that those going to the match give everything to help make it a Sheffield Utd or Newcastle semi rather than a Crystal Palace.

Portsmouth have turned into the nagging dental hygienist in our season and we all have to get through this as best we can. And you never know, I might just end up with a set of teeth like Max Power.