Writer’s get asked many questions “what’s your proper job?”, “are you rich?” and “have you thought about writing about a wizard who lives under the stairs?” being just a few of them.

One of the most frequent questions is “How long does it take to write a novel?” It’s a question I rarely have an answer for because despite having just published my third novel, I don’t know how long it takes.

I know I took nine months off work to write Leg It but it didn’t get published until ten years later so I no doubt worked on it in that time. It took another five and a half years until Idle Threats came out but I was working on that around my day job and could sometimes go months without touching it.

Life In The Balance came out a couple years later but it wasn’t the only thing I was working on.

A month after the launch of my third novel, I’m onto my second edit of novel number four, provisionally titled ‘Troll Life’.

I’m going to try and outline the timeline of the process of writing a novel and put actual hours spent against each step. There’s a lot of guesswork involved as I’ve only just thought about doing the blog. Maybe with novel number five I can record it accurately but this should be a good guide.

The first note I made regarding Troll Life was way back in November 2014. It is in an app I use called Evernote and all it says is ‘Book about Darren having to get a job’. 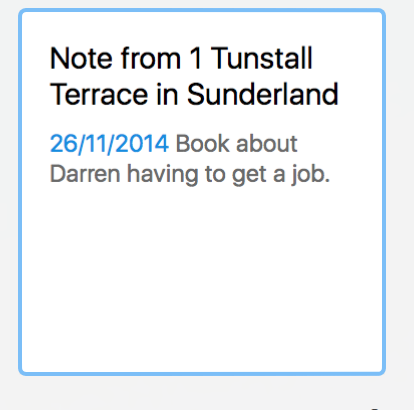 It is tagged as a new book idea and the location of where the note was written suggests I was on the Metro, either just leaving for work or just about home after a day in the office.

Darren is a minor character in Idle Threats, the novel I was working on back then. I must have been having a read through on my commute when the idea came to me.

Without giving too much away, Darren is a particularly unpleasant internet troll and the idea of forcing him out of his comfort zone appealed but it was nothing more than that.

The next hint that Troll Life was going to be anything more than an idea was in May 2015.

I was encouraged to apply for a writing mentorship programme but Idle Threats was nearly finished and I needed a new book idea to submit. I hadn’t even begun to think about Life In The Balance so a sequel to Idle Threats seemed the logical next step.

I cobbled together a synopsis, a pretty poor one as it turned out, and I got knocked back. I eventually went to work on Life In The Balance and forgot about Troll Life.

It next reared its head in June 2016. Life In The Balance was out for critique and I needed something new to work on.

With the original synopsis being pretty useless, I went to work on creating a new one and character profiles.

A trawl through Facebook shows that I took advantage of the glorious weather we get on the Sunderland Riviera and worked down the beach. 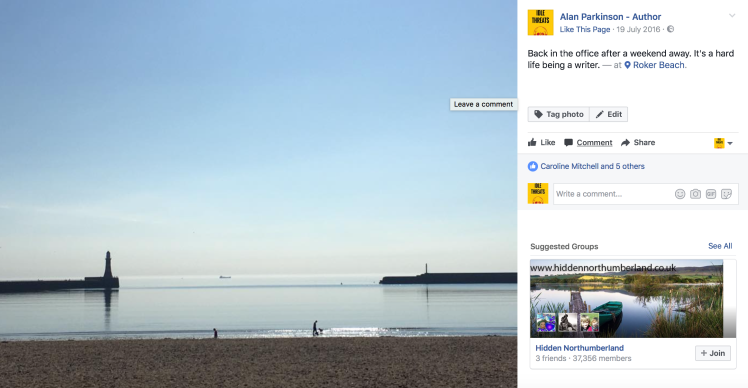 This post from a year ago showing that the synopsis was coming together as were my character profiles. My selfie work apparently less so.

Unfortunately it’s not easy for me to say how long I spent on this process as I will have started working on Life In The Balance again when I began receiving feedback and I had various other side projects on the go.

In my next blog I will go into more detail about how I got from a synopsis, to a plot, to words on a page and how long all of that took.

One thought on “Time to write (How long does it take to write a novel?)”