A – Austerity Al. I’m still surviving but I need to start earning decent money soon or I’ll be eating gruel.

B – Books. Surprisingly found very few that I’ve enjoyed this year. Certainly read more poor ones than good ones.

C – City of Culture. Gutted that we didn’t win and my reaction showed on TV.

D – Death. Comes to all eventually but there’s been some that have had a big impact on me and my friends in 2017.
E – Etiquette. Despite my ever popular blogs, some people still don’t follow the rules.
F – Facebook comments. Especially on the Sunderland Echo page. How do people spend their lives being so negative and stupid?
G – Great North Run. It made the highlights but I hated every step. Hope I never hear “Oggy, Oggy, Oggy” again. 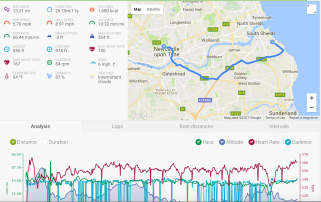 H – Harry. Don’t care about the Royal Wedding, don’t want to pay for it, don’t want to hear about it.
I – iPad Pro advert. What an annoying little shitehawk that “What’s a computer?” child is.
J – Jaguar. New clutch, brake pipes, wheel bearings, tyres, brake pads and discs in 2017. Lovely car but expensive.
K – Knee. My knee injury plagued my GNR training.
L – Lee Cattermole. People finally beginning to agree with me on this chancer. Stolen a living for years by pretending to try despite turning up about twice a season.
M – Monkman’s bets. Stevie Shit Bets hasn’t won once in 2017 leaving me and Matt to finance the lads’s weekend away.
N – Nostalgia. A little nostalgia can be good but some people are stuck in the past and don’t want us to move forward.
O – Opinions. I enjoy robust debate but some people defy belief with their views and unwillingness to listen to facts.

P – Performance poets. Continue to be the scourge of our society.

Q – Quality. After 250 hours working on it, I’ve finally admitted that my new novel isn’t good enough and needs a lot more work.

R – Reviews. One star review from someone who hasn’t read Leg It. 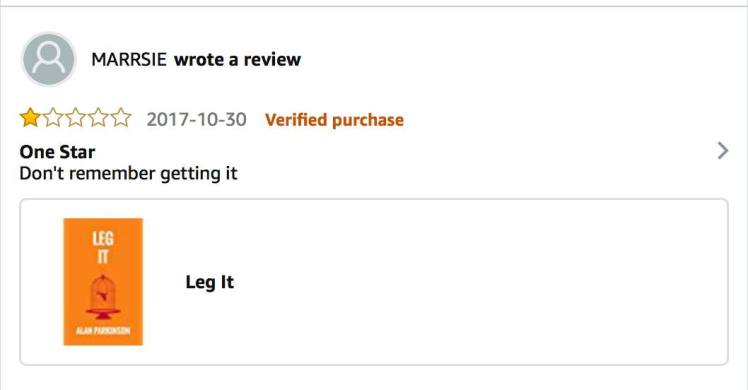 S – Sunderland AFC. The football club has continued to disappoint.
T – Talking over the top of others. Some people think this is acceptable. It isn’t. Wind ya necks in gobshites.
U – UKIP. Back to being the pathetic irrelevance they always were but the damage done by Farage and co will echo for years.
V – Virgin. Richard Branson at the forefront of privatising the NHS and milking us dry yet is still seen as some sort of national treasure.
W – Warkworth. I fear we may have been implicated in a murder whilst out walking.
X – Xylophone deniers. People doubting my xylophone playing skills.
Y – Year End. Don’t understand how I can earn no money but still owe tax.
Z – Zebras. Black and white bastards.