I’ve been a little busy recently and have neglected my blog a bit.

There’ll be some more detailed blogs coming soon but I thought I’d give a quick update on what I’ve been up to and what’s coming up in the next month.

A lot of my time has been spent on freelance writing. I don’t mention it often but I write on a variety of subjects and whilst it is challenging, I think I am good at it and it pays the bills. Feel free to send any work my way.

I mentioned a while back that I’d started dabbling in plays and had my first one performed at Cranked Anvil’s Rehearsed Reading Night at The Peacock. Following the feedback from that evening, I expanded the play and submitted it elsewhere. It got rejected but with some very useful, constructive feedback and they have encouraged me to make the changes and resubmit.

I’ve also made a twenty-minute play based on the siege scene in my second novel, Idle Threats. This will be performed at the Westovian Theatre on 26th October as part of their New Writing Night. Tickets available here. 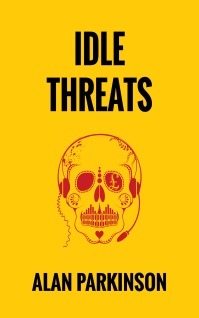 If I’m going to start writing plays, I need to start watching more. I went to Cranked Anvil’s latest Rehearsed Reading Night as a member of the audience rather than a writer and thoroughly enjoyed it and have booked to see Two Pints by Roddy Doyle and The Last Seam by Garry Lyons in the next couple of weeks with The Damned United coming up in November.

Most importantly I have been working on the feedback I have received for my fourth novel, Troll Life. I received my final set of feedback today and from the three lots I’ve received, I agree with nearly every suggestion.

It’s a vital part of the writing process and whilst there were common themes, each bit of feedback offered a different perspective and some slightly different problems to solve. I’ve already implemented a lot of the changes and written one new scene that tackles a lot of the issues in one go.

This is going to be my main focus over the next month. Not only getting the novel finished but also everything involved in the publication process. I already have a draft cover that I will be sharing soon and I will need to work through every step of the process to ensure I get it right.

I’ve recently volunteered as a writing mentor for Live Tales at the Live Theatre and have my first session coming up soon. Not only is the teacher who is bringing her class in one of my writing friends but the mother of one of the pupils is a friend of mine. No pressure there.

Non writing related I have the annual lad’s weekend away coming up soon, this year to Kendal. Any pub or restaurant recommendations would be welcome. We have enough in our kitty for it almost to be a free weekend so I’m not entirely relying on book sales to keep me fed and watered.

When I return I have an appointment to get my long standing foot injury looked at and hopefully get the biomechanics sorted. Tried my first run in months yesterday and I seem to have survived but I’d love to be able to get back out on the road without worrying about if it will flare up again.

It’s a busy and varied month coming up and if everything goes to plan and I have a good wind behind me, I might just have a book launch to announce.

If you would like to keep up to date on all my writing news and also grab yourself a free Kindle version of Leg It, sign up to my email list here.